Twenty more days until I take this test! The pressure is on!

I have antipathy towards cyclists who bike the wrong way down one-way streets.

Cabal- a secret group seeking to overturn something

In World War II, many cabals were formed to take down the Nazi regime.

Discern- to perceive or recognize

I can discern the difference in taste between Pepsi and Coke.

It has been a year since Albany Planned Parenthood moved its location to Central Avenue and still the old Lark Street location remains fallow.

The normal gestation period for a human is nine months and I hope to not experience that for a good 10 years.

I didn’t decide to rush that sorority because I felt that the girls were all glib.

There are a lot of hyperbolic moments in the movie, Machete. For example, whenever Machete kills someone, an obscene amount of blood pours out of the victim.

Ignoble- having low moral standards; not noble in character; mean.

I believe anyone who destroys a bike that is parked on a bike rack is ignoble.

I didn’t like the color of this dress, so I imbued it with fabric dye and now it is a brilliant blue!

Impious- not devout in religion.

After my parents’ divorce and realizing that my personal views are very different from the rules within the Catholic church, I became impious. However, I do remain very spiritual and do my best to treat others the way I would want to be treated.

The ASPCA commercials are always lugubrious.

I hear a multifarious amount of noises from my window each night. I’m glad to say that I can sleep soundly and the noises of the bums fighting outside and the sirens blasting have become music to my ears.

The puppy was very sportive while he chased the butterfly. 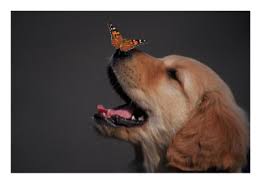 Pedant- someone who shows off learning

Mothers who drive around with bumper stickers proclaiming that their children are honor students can be classified as pedants.

Peripatetic- wandering from place to place, especially on foot

When I’m in cities, I love to be peripatetic because I feel that’s the best way to explore!

this must be the place.